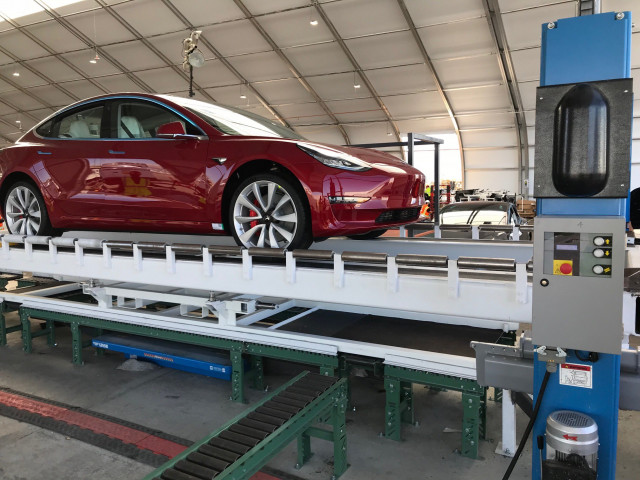 Tesla reportedly faces an investigation by the FBI that the automaker and CEO Elon Musk may have misled investors about its production numbers.

The Wall Street Journal reported Friday that the FBI is “examining whether Tesla misstated information about production of its Model 3 sedans and misled investors.”

The investigation may be looking at statements made by the company in 2017, according to the Wall Street Journal‘s sources.

In response to the WSJ report, Tesla said Friday that it had not received a subpoena from the U.S. Department of Justice regarding Model 3 production numbers.

“We have not received a subpoena, a request for testimony, or any other formal process, and there have been no additional document requests about this from the Department of Justice for months,” a Tesla spokesperson said in a statement Friday.

Musk’s settlement with the Securities and Exchange Commission was approved by U.S. District Judge Alison Nathan in Manhattan on Oct. 16, the U.S. Department of Justice may still be ongoing, according to the WSJ.

This story is developing and will be updated.

Porsche’s epic adventure has come to a close, the German luxury brand revealed on Thursday. Escorted by police, Porsche moved the 919 Hybrid LMP1 car and the 919 Evo on public roads to a permanent residence at the Porsche Museum in Zuffenhausen, Germany. A couple of storied race car drivers did the driving. Mark Webber,...

Ford engineers have been caught testing the new Focus ST hot hatch set for a reveal very soon. Ford unveiled a new generation of the Focus in April, and we were meant to get one variant of the popular compact in the United States, a soft-roader called the Focus Active to be sourced from China....